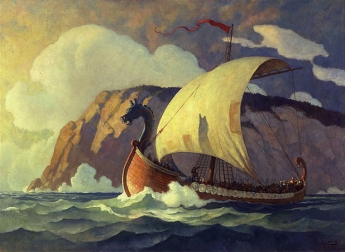 After the first month on Hollandia, things started to gradually go downhill for the colony. Up until that time, we had been living mostly off the fruits, roots, and vegetables native to the region. Because there were so many of us, we had quickly exhausted all those natural resources. The colony had to be broken up into twenty smaller colonies and each colony moved to a new part of the island with their own access to fresh water and food resources. Spreading out the population helped reduce the over-harvesting of the island’s ecosystem at the cost of little further technological advancement. For the time being, we were locked in the Iron Age. It took about a month to resettle everyone and then each colony set about trying to solve the problems caused by so many people living off uncultivated land.

By the end of the third month, it was clear to my father and the leaders of the other nineteen colonies that despite our efforts to cultivate the local vegetation, it just wasn’t going to be as high a yield as the crops we grew on the mainland. We needed the crops our ancestors had selected, modified, and cultivated for us over hundreds of generations and brought to this land with them. The blacks on the mainland have no history of farming and no idea where the crops they eat come from. The wheat, barley, quinoa, and corn they depend on each day are the blessings of the white settlers to Zakhanda— blessings they are seldom, if ever, grateful for. If the supply of roots and berries on Hollandia were to run out, we would be forced to rely on fishing and goats, which might keep us alive to the end of one year, but after that, famine would overtake us and our population would collapse just as President Muza had wanted to see, albeit a year later than he expected.

One morning, I was walking along the beach with my brothers, looking for crabs and clams to boil for dinner. My younger brother, George, started shouting, pointing to a great wooden head moving behind the crags that looked like a dragon. We scrambled up the beach and hid in the undergrowth, watching what at first looked like a sea monster. It turned out to be a great wooden boat being rowed by two dozen men at oars and a single sail made of vines and goat’s wool. The men manning the boat were all like us: blond with blue eyes, so we reasoned it was safe and started to approach the vessel as it was coming to shore. My father soon appeared on the beach and joined up with us. END_OF_DOCUMENT_TOKEN_TO_BE_REPLACED 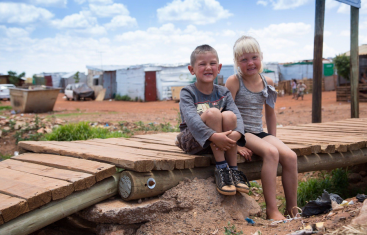 “Millie, wake up! Wake up, my precious!” I heard my father’s voice whispering urgently to me. I was confused because it was still the middle of the night. Why was he waking me up now? It was then that I heard the sounds of people shouting in the distance. I quickly got up and started putting on my clothes just like my father had trained me do in dozens of drills. I grabbed my bug-out bag; each member of the family had one; mine was small, as was my younger brothers’ bags. Mother’s was bigger, but Father’s was so big it made him look like a dwarf when he carried that thing on his back. We were all assembled in the kitchen of our shack and by this time the shouting had grown quite loud. Outside the window I could see torches and fires glowing in the distance across the eastern horizon. They were distant, but coming closer to us. There were people and children on the road outside, mostly staring dumbfounded at the fire glow.

Looking back, it beggars my belief that these people were still not prepared for the government attack. Just a few years earlier, they’d been living in cities, in comfortable middle class homes, and working jobs as teachers, accountants, and engineers. The Zakhandan government, under black majority leadership, had taken away their right to work and forced them to live in this shanty town. They were not protected by the law anymore and robbers and murderers preyed upon them all night and day until they dared not leave their corrugated iron sheds. The murder rate was so high here it was worse than during war time. All this because of their skin colour, because they were white. Yet despite years of systematic persecution against them for being whites living in Africa, they stood there gaping incredulously that the government was now actually burning down their shanty town. Such is the poison of thought crimes: it paralyses the victims so they are unable to act in their own self-interest anymore. END_OF_DOCUMENT_TOKEN_TO_BE_REPLACED